Books for clever kids and the adults who read with them

Ever dream of becoming an astronaut? Travel to space isn’t just for humans—animals can be astronauts too.

In Once Upon a Weasel, our Boy explores space and the moon with his faithful pet Weasel. But the Weasel is by no means the only animal to ever go up in outer space. In real life, many brave creatures have launched into orbit in order for us to learn more about space travel for humans.

It began in 1947, when a lucky bunch of fruit flies became the first insects shot into outer space. From there, a bewildering array of dogs, monkeys, mice, rats, turtles, fish, spiders, worms and even a housecat all made the heroic journey into zero gravity.

Two of the standout animal astronauts were Laika, who was launched in November 1957 by the Soviet Union, and Ham the Space Chimp, who completed a successful spaceflight on January 31, 1961.

If you could venture to space, would you bring your pet?

Venture to the moon with a weasel!

Get your copy of Once Upon a Weasel today! 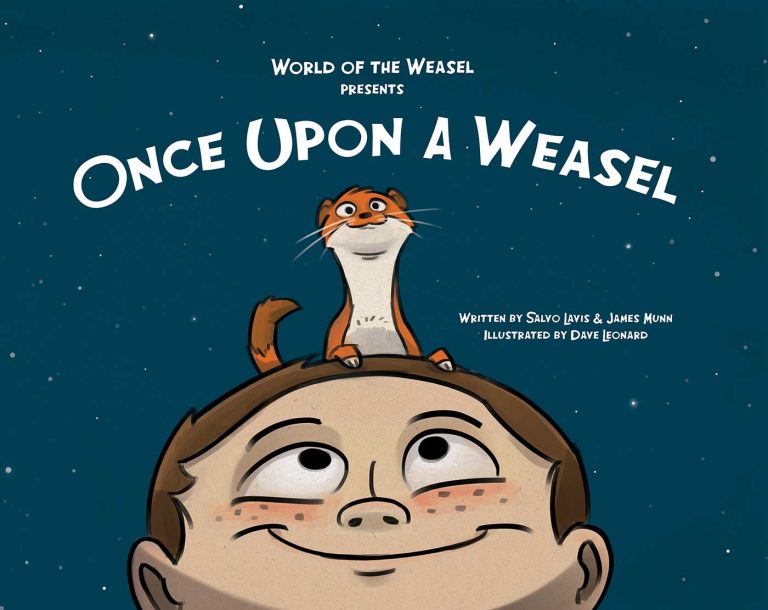 A boy’s imagination runs wild when he adopts an unconventional pet that sparks his creativity and helps bring his space travel fantasies to life during a crazy field trip to the science museum.  (Learn More)

Buy on Amazon
Add to Cart

A boy decides to tame his unruly pet by taking him to obedience school, where he comes to appreciate the true nature of his wild, wild weasel—and himself.  (Learn More)

Buy on Amazon
Add to Cart

Want to respond to what you’ve see on Weasel Wednesday? Have feedback about the show? Share your message with us here!

To submit you must be over 18 years old. Parents or legal guardians must submit on behalf of minor children.

You give Spitball Studio LLC (publisher of World of the Weasel) permission to use your first name, your child’s first name (if supplied), your city & state (if supplied), and any photos or videos submitted for promotional purposes.